If the color of the sky at sunset or sunrise can help predict future weather patterns, we know, too, that the gyrations of the stock market can presage future economic activity. Because a stock’s price is largely determined by expectations of future profits, all else being equal a rising stock market suggests that investors feel that tomorrow’s profits will be higher than were previously anticipated. But as helpful as stock market information may be, investors might be wise to look to the bond market for even more reliable information about the future strength of the economy. After all, the bond market is significantly larger than the stock market. Moreover, the bond market can be discretely sliced and diced to provide information regarding expectations about distinct points of time in the future. That’s the good news, generally speaking. Less cheering is the fact that the hues sent forth by today’s bond market are not as rosy as elevated stock prices may indicate. 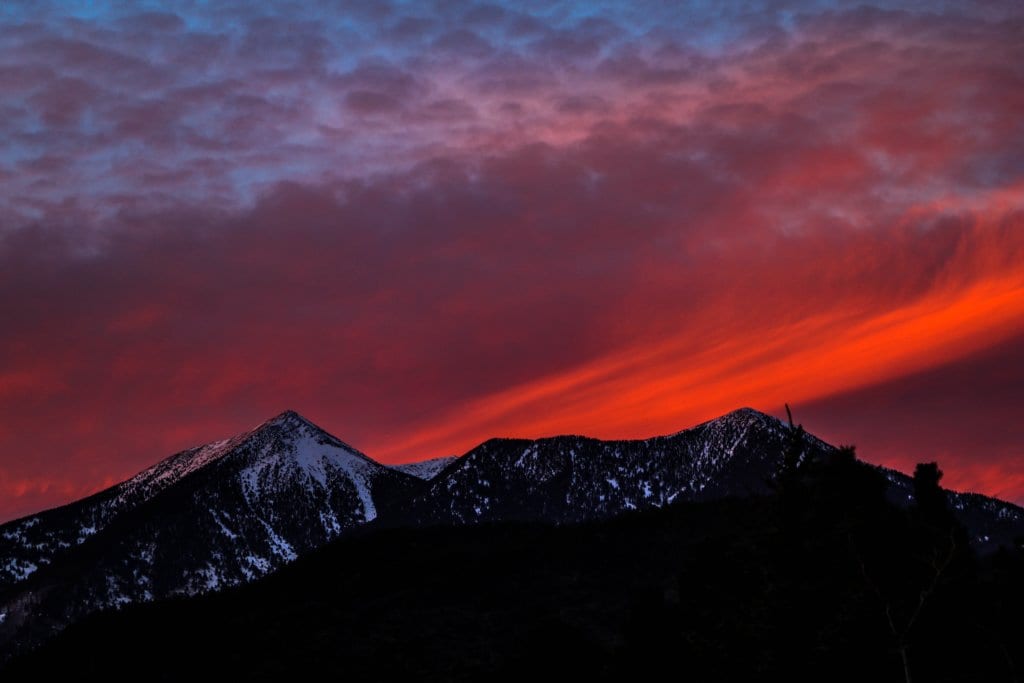 As a refresher, recall that bonds are loans. If you are a person loaning money, you are a buyer of bonds; and if you are a person borrowing money, you are a seller of bonds. The “price” of a bond is very much tied to its associated interest rate, which in turn is largely a function of two factors. The first of these is the likelihood that the borrower will pay the money back. For example, the U.S. government is an especially trusted borrower. When it runs out of money it just adds ink to the printer, hits Control + P, and creates more dollars. By contrast, the currency for the government of Greece is printed in Frankfurt, Germany. That creates obstacles to printing new money even when the European Central Bank is headed by an Italian. The second main determinant of price is the duration of the loan. If you are loaning out your money for just a year or two, the interest rate will be low so long as the borrower can be relied upon to pay you back. Conversely, if the borrower isn’t going to pay you back for decades, you’ll insist on a relatively high interest rate. Why? Because if inflation happens to rise by a lot, say, 15 years from now, you’ll want to be protected from the risk of receiving interest and principal that have progressively less purchasing power.

Let’s take a look at what is called “the short end” of the yield curve. Last September, the yield on 2-year loans to the U.S. government (Treasury bonds) was 1.3%. By any reckoning this is a very low yield, all but guaranteeing a small loss relative to inflation for those buying the bonds. (That doesn’t necessarily make it a poor investment, by the way. Maybe you paid a life insurance premium last year and you didn’t even die.) Economically speaking, a 1.3% yield was a clear sign that investors were not convinced that the Federal Reserve (Fed) was likely to honor its previously pledged desire to raise short-term interest rates. However, once the tax cuts started to roll through Congress late in 2017, short-term interest rates began to rise with alacrity. The 2-year Treasury now yields 2.5%. While no one is going to rock the neighborhood picnic with boasts of investments that yield 2.5%, this is nonetheless the highest 2-year rate since the 2008 financial crisis and almost double the rate seen little more than half a year ago. (If the price of gas had doubled since September, all we would be talking about is $7 gas.) Clearly, the market is telling us that investors now believe the Fed will go ahead and raise interest rates later this year, and not just once, but most likely two or three times. This is pretty much the same “strong growth ahead” signal the stock market is sending, too, right? Well, not so fast.

Recall that longer-term borrowers (those “farther out” on the yield curve) are more sensitive to the need to protect themselves against the risk of future inflation. As such, when the 10-year Treasury yield rose from 2.0% last September to 3.0% in February of this year, the message seemed pretty consistent across the heart of the yield curve: higher growth ahead, higher interest rates ahead, and watch out for higher inflation, too. But while 2-year rates have continued to rise throughout 2018, and are 0.3% higher in May than they were in February, the yield on 10-year Treasuries has moved only one-third as much in the past couple of months. As a result, the yield on 10-year bonds (about 3.0% as of early May) isn’t that much higher than the yield on 2-year notes (about 2.5%.) This yield differential is pretty modest in light of the fact that lending out your money for 10 years is a lot riskier than giving it up for two years. In financial jargon, a relatively modest slope is referred to as a “flat yield curve.” More importantly, flat yield curves have often presaged disappointing future economic activity. Indeed, the last time America’s yield curve was this flat was –gulp- just before the beginning of the financial crisis. In contrast to the “red sky at night” message being sent by both the stock market and the 2-year Treasury, then, the 10-year Treasury offers more of a warning, suggesting a decade of lackluster growth and an extended period of low inflation.

Given these contrasting signals, it seems that short-term interest rates are likely to fall soon, or longer-term rates are likely to rise soon, or perhaps somebody’s just got the wrong thesis. Into this debate enters the International Monetary Fund (IMF), whose most recent World Economic Outlook predicts previously unanticipated and robust global growth for the next couple of years, with half of the growth increment relative to its prior forecast tied to the likely effect of the recent tax cuts. If this strong growth indeed materializes, it seems quite possible the Fed will continue raising rates over the next couple of years, fulfilling its historical mandate of “taking away the punchbowl” before the party gets out of hand. Perhaps, then, the slope of the yield curve correctly anticipates first stronger economic growth (consistent with the IMF forecast) and then weaker growth as the higher shorter-term interest rates curtail borrowing.

If the IMF and the slope of the yield curve can be said to reconcile, then investors will want to remain cautious to the peril of getting too far out over their skis. Re-balancing a portfolio by trimming the most expensive parts so as to buy more of the parts that have disappointed is the classic “buy low, sell high” discipline that sounds prudent when someone else does it or when recommended in a textbook. But it is always hard to put into practice, especially if you have to pay the tax man to get from here to there. Nonetheless, investors ought to look beyond the stock market for information about the future. The bond market may offer clues, too.