Is Inflation Dead or Merely Hiding?

Inflation is defined as a sustained increase in the general level of prices for goods and services. In finance, we think of inflation as the destroyer of wealth because wealth is simply a means to purchase goods and services. Pick up any newspaper today, and it’s clear that the developed world is obsessed not with inflation, but with disinflation and deflation, characterized by low growth, zero-bound interest rates, slack in labor, and deficient consumer demand underneath mountains of debt. Should investors presume the days of high inflation are gone, or position their portfolios to help weather a potential storm that seemingly few expect? 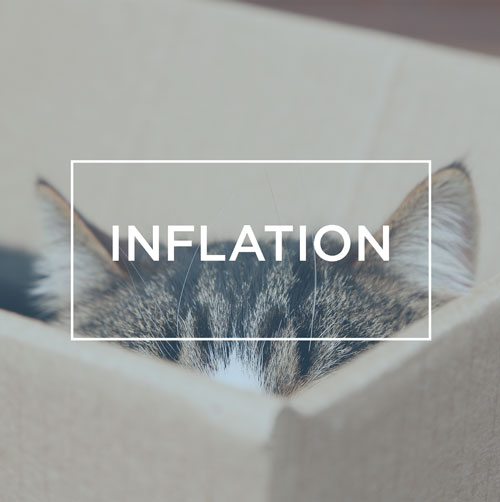 On one hand, were inflation to rear its ugly head, surely the unprecedented level of quantitative easing since the financial crisis would have done it: From the end of 2007 to October 2015, total assets held by the major central banks – the U.S. Federal Reserve, the European Central Bank, the Bank of Japan and the People’s Bank of China – went from $6.5 trillion to $15.5 trillion*, which is to say that the world’s major banks have printed, in total, about $9 trillion of fiat currency over the last eight years. Yet inflation still sits at historic lows across the United States, Europe and Japan; China’s growth rate is in decline, while the price of gold hovers near a five-year low.1

On the other hand, central banks have successfully driven interest rates down to the ground and have consequently bolstered risk-taking and asset prices to the point at which something, somewhere, may pop and set off an unforeseen chain reaction. Central bank accommodation has also effectively kept the weak players “alive.” Economies have been littered with “zombies” – companies too weak to grow, but able to hang on as a result of access to arguably subsidized interest rates that continually finance their bloated liabilities. Should the zombies disappear, a potentially enormous amount of stale capital may start to pick up velocity.

At some point, investors will find out how the greatest central bank experiment in modern history unfolds

More broadly, it seems important to keep an eye on politics. While inflation destroys wealth, it makes debtors wealthier by devaluing the currency that is due for repayment. It’s theoretically a zero sum game in which the economy’s most indebted – governments (federal, state and local), pension plans and, disproportionately, the poor – stand to benefit most from higher rates of inflation. For politicians focused on narrowing the wealth gap and yearning for a transfer mechanism that is not politically toxic, policies that lead to higher rates of inflation may start to look more and more attractive.

On balance, investors would be wise to construct portfolios with built-in protections against a period of unexpectedly high inflation. Such protections might include:

• An allocation to treasury inflation-protected bond securities (TIPS), which adjust in value with the Consumer Price Index (CPI) rate;

• An allocation to foreign stocks, providing exposure to currencies with different inflation dynamics;

• An emphasis on value stocks (both domestic and foreign), which tend to own hard assets that typically inflate with everything else;

• A small allocation to commodities (namely for larger portfolios with taxsheltered IRA accounts to buffer the tax inefficiency);

• An emphasis on shorter maturity bonds.

We believe that predicting the future is a loser’s game and accidents can happen. The $9 trillion of fiat currency printed over the last eight years may prove to be either fire retardant in the form of excess supply, or gunpowder packed into the bowels of future economic demand. At some point, investors will find out how the greatest central bank experiment in modern history unfolds. We recommend hedging your bets.